Twinkle Khanna’s first book, Mrs Funnybones went into reprint over 25 times, and her second book, The Legend of Lakshmi Prasad, published by Juggernaut Books has already gone into its second print run of another 50,000 copies in the first month of its launch! The book was released on Tuesday evening at the JW Marriott Juhu in Mumbai and had Shabana Azmi, Ranbir Kapoor and Alia Bhatt reading excerpts from the same, with Karan Johar in conversation with the author. Khanna has evidently got the business of funny right, not just in her bones, but also in the literary world, with her distinct voice being read and heard, and most importantly, loved. The Legend of Lakshmi Prasad, currently at the number two spot on the Amazon India bestseller list, is a collection of stories that stem from inspired experiences in her life. 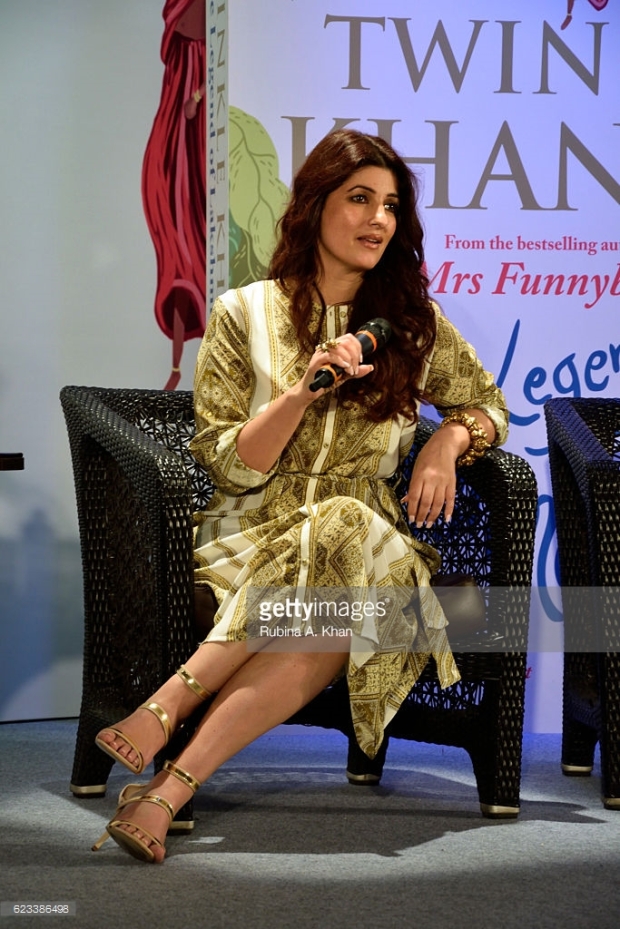 Twinkle Khanna at the launch of her second book, The Legend of Lakshmi Prasad

“I was doing some research for a column when I chanced upon Arunachalam Muruganantham’s life, and his incredible work of making low-cost sanitary napkins for women. His story gripped me and that’s when I sat down, wrote the first few pages and sent them off to my editor to take a look. Then I began chasing Muruga and after innumerable, lengthy interviews, he agreed to let me fictionalize his story and that is how this book came into being. The other stories then followed, as they were all topics I had briefly touched upon through my columns and now, I could weave substantial tales around them,” says Khanna of the book’s existence.

The elemental difference in the narrative style between Mrs Funnybones and Lakshmi Prasad is that Khanna wrote the former in first person, in a “laugh-a-minute sort of narrative” and the latter in third person, “touching upon social issues in a light-hearted manner.” Khanna expands on her choice of publisher for Lakshmi Prasad, with a whimsy that is quintessentially her. “Chiki Sarkar was my editor and publisher at Penguin when I wrote Mrs Funnybones and so when she left to establish her own publishing house, Juggernaut Books, I just followed her like Mary’s little lamb.” She plays down her irreverent sense of wit, with a real, grounded sense of self. “My family is filled with oddballs and we all indulge in playful banter and pull each other’s legs. It’s not as much as them enjoying my company, as much it is for all us to just be together, making each other laugh. It has been a gratifying couple of years now since I wrote my first book. I bump into readers everywhere I go and I think the greatest compliment is that people have stopped asking me about anything else except my writing and I love that.” 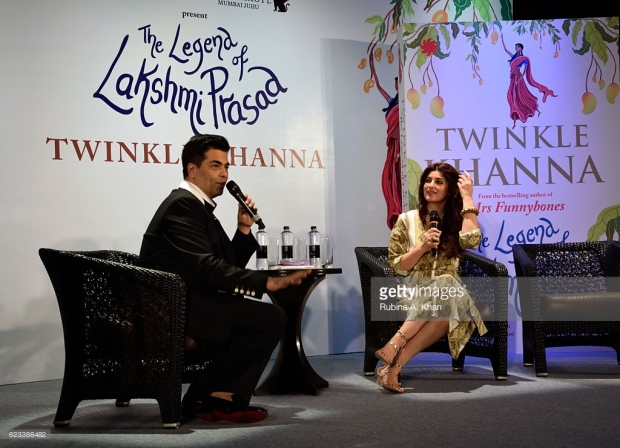 Karan Johar in conversation with Twinkle Khanna at the launch

A strong black coffee in the morning, followed by endless cups of green and peppermint tea throughout the day fuel the mother, wife, daughter, interior designer and writer in her. But it’s the coffee she had recently with Karan Johar on his show, Koffee With Karan Season 5, alongside her husband Akshay Kumar that’s got everyone talking. From her husband’s size (shoe-size!) to Johar’s preference of keeping his mike in a part of his anatomy that’s best left unseen and unwritten, gave viewers an almost uncensored version of her unabashedly humorous and mocking self. If there was any doubt in anyone’s mind that she was not the brain behind her writings, KWK dispelled it all with one clean and hilarious swipe on the show that left even Johar and the viewers stumped for words. “I don’t think a brain has been established inside my head; everyone has a brain and I just looked after mine pretty well by feeding it lots of books. I am really not concerned with how people, men as well as women, perceive me, whether I am sexier now that I seem to have a brain or otherwise.” 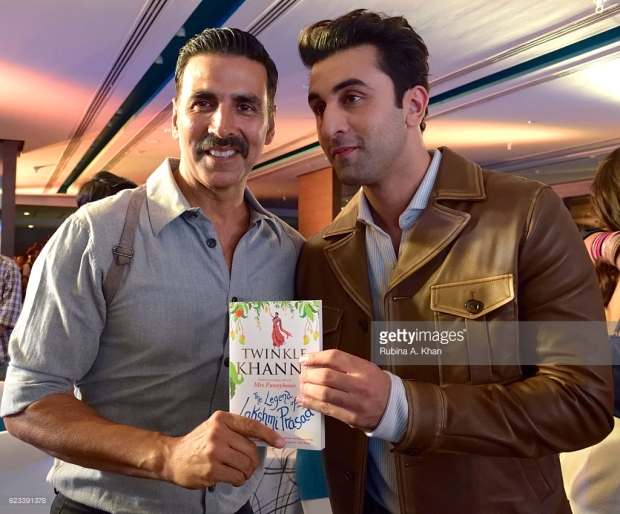 Now that she’s a bestselling author, her words are platinum, especially to an aspiring writer. “I would tell anyone who wants to get published to read everything they can get their hands on and that they establish a routine of writing every single day. Literary agents look for something they call a ‘voice’ that’s distinctive, remarkable and defining and the best writers have one, and you can hear it echoing in your head when you read their work. A writer needs to have a distinctive style as well in order to make it easier for them to find a publisher for their works.”

When she’s not busy observing the world and writing on it, Khanna loves reading to her four-year-old daughter Nitara. “I read every single day to her. Nitara shares my love for reading and also has a curious mind like mine. She is fascinated by Julia Donaldson’s books at the moment,” says the glamorous mother of two. 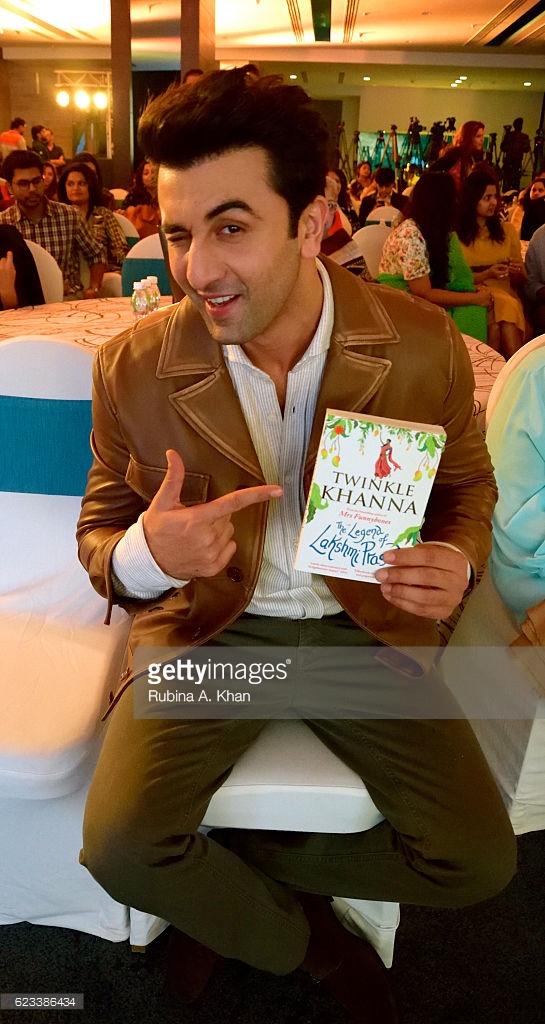 Ranbir Kapoor read an excerpt from the book

This feature first appeared in Gulf News on November 17, 2016

One thought on “Twinkle Khanna Launches Her Second Book, The Legend Of Lakshmi Prasad”