India’s Minister of State for External Affairs MJ Akbar, a former political journalist and editor of The Asian Age, is currently in Nigeria, Africa on a business strip, I mean trip. Akbar’s editorial chamber of sexual secrets has flooded the news belts, which ironically, he once controlled. That he tormented women beyond human comprehension, an unabated abuse of his power and gender, in and out of his newsroom for decades, has been brought to light and recounted by journalists Priya Ramani and Ghazala Wahab and many others who are coming forward with their sexual predation stories at work. It hasn’t shocked the men (because they always know) as much as it has the women reading these bone-chilling accounts of sexual perversions and life-altering acts. The Indian government hasn’t yet issued an official statement on Akbar or on the very pertinent and pressing issue of women (and men) being sexually harassed in the work place since the stories broke. 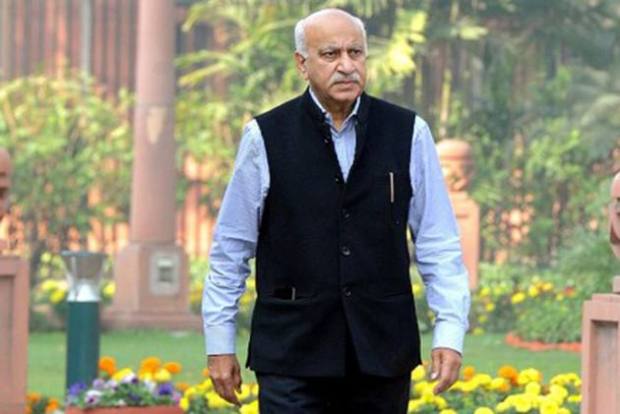 A deafening silence is rather typical in our country wherein conditioned, controlled and cautious responses to things that really matter are the norm. Akbar’s grave transgressions as an editor were definitely not a secret when he was appointed minister, but yet he was given governmental charge. Akbar’s editorial harem stories are restricted to making headlines for now but I sincerely hope they don’t get relegated to just that. Corrective, legal action must be taken by the Indian government. An exposé of Akbar’s encounters of the sordid kind is not going to be enough – what happens after by means of unbiased investigations is what will set the tone for all Indians in the future. This is what’s wrong with our Indian sensibilities – we get all amped up about an issue and join conversations online and offline, but then, the momentum peters out. Why? Sexually harassing and tormenting women, or men or anyone, of any gender, race, caste, colour and religion at work or play is NOT OK and this has to stop now.

It is equally disturbing to think that we live in an India that allows a famous figure, a Bollywood one at that, with a well-entrenched public imagery based on celluloid histrionics, far removed from reality, to vilify a man’s believability in a trice. On October 10, 2018, the Bombay High Court quashed the charges levelled against industrialist Ness Wadia by Bollywood actor Preity Zinta with an in-chamber hearing before a division bench of Justice Ranjit More and Justice Bharati Dangre in Mumbai.

The case involved an altercation the former lovers had at Mumbai’s Wankhede Stadium whilst their co-owned IPL team, Kings XI Punjab was at play on May 30, 2014. Visits to the Marine Drive police station by Zinta to lodge an FIR against Wadia, a letter to the then police commissioner of Mumbai, Rakesh Maria, stating: “I (Zinta) just want him (Wadia) to be kept away from me so I can live in peace, otherwise one unfortunate day, in a fit of rage, he will kill me and that really scares me,” Facebook posts by her made for sensational headlines, believed all too easy by the country’s populace that vicariously feeds off Bollywood stars’ lives. After such a strongly worded statement to the Mumbai police, one would think Zinta would seek the fastest exit from such a “scary” situation with a court verdict on the case, but it dragged on for four years, and not because of the oft-criticised speed of the Indian judicial system most definitely. Since 2014, it was a case-in-progress, during which Wadia was judged in public for alleged charges that never got off the media carousel, till he was cleared by the Bombay High Court on Wednesday. Can the public defamation, mockery and well-documented humiliation endured during this period ever be quantified in the same measure? I would think not as the internet lives on forever. Not to undermine anyone’s truth here, but does a more visible celebrity’s truth make it the absolute truth?

The current climate in the world is all about speaking your truth, but I fear that’s turning into a dangerous social media sport, an extreme one at that – a name and fame shaming game. The face and voice of India’s Me Too movement, Bollywood actor Tanushree Dutta’s claims of sexual harassment by a senior actor, Nana Patekar in 2008 are being questioned just because she’s vociferously speaking up about it a decade later. Not that she hadn’t reported it to the authorities in 2008 to no avail. As is writer and director Vinta Nanda’s horrific account of being brutalised by actor Alok Nath on Facebook being mocked for her intentions, which is shocking to say the least. Patekar is more famous than Dutta as is Nath versus Nanda and that is where lies the real perpetrator – the fame scale. The blinding imagery of the bigger celebrity in such situations dominates the conversation, even to the extent of determining its outcome, undermining the reality of the lesser famous person in the fray, which is what is happening to Dutta, Nanda and everyone who is outing their perpetrators. It is their choice to speak when, how and about what they want; it’s a fundamental human right. There’s nothing extra about that.

Why is Dutta’s authenticity of being sexually harassed by men at her work place – a film set – the very means to her livelihood and chosen career path, questionable but Zinta’s stadium fracas with Wadia and her subsequent allegations against him in 2014 are not? Could it be because Dutta’s celebrity is less than Zinta’s, not that Zinta holds any ranking in Bollywood’s top order today? Or that Dutta speaks firmly and consistently, without intimidating media persons? Or because Zinta’s verbosity was more entertaining than Wadia’s passive quietude? Not that Dutta’s case is anywhere similar to Zinta’s, but it does make the visible fame game very questionable, albeit not the issues raised. Dutta lost her career because of Patekar’s gender power play at work and had to reluctantly move to the United States. As author and columnist Shobhaa De rightly said, “I believe Tanushree. She’s not a commodity that comes with an expiry date. There is no expiry date to speak your mind. It is her individual right to speak up, as it is everyone’s else’s too. And I truly think everyone, be it a famous person who has a platform or not, can and should condemn assault.”

How does a version of what happens, or happened to a person, become the holy truth, or not, that defies all legalese and the laws of the land against the other? Elementally, anyone can “post a truth” at any time and take anyone down in this digitally-powered world today and that is not comforting at all. And, if you’re in the million-plus followers club, paid or unpaid, it is a digital assassination of the person that is being mentioned in the post, the repercussions of which are irrevocably damaging and fatal. Worse still, if the person mentioned is not on social media, then they’re damned before they even have a chance to grasp the situation and speak in their defence. And that’s wretchedly unfair. They should be heard, and not vilified instantaneously by one-dimensional versions on social feeds. But that’s tragically lost in the cacophonous web of “whoever is the loudest and more visible face wins”.

To relay and report voices in the media is as important as the material those very voices choose to put out on social platforms, without any investigations on anyone’s part, including the authorities, save the lone voice letting it all out. By the time investigations come about, it’s already too late to do any kind of damage control for the other person, given everyone loves a story more than the truth today. Access to social media should not turn it into an armed weapon of human destruction by the user or make it an accomplice in their digital crimes and vendettas. That is so very wrong for victims who have but that voice to help them speak up, which is what is happening today. It’s not just about the Me Too movement worldwide, but all aspects of a tell-all in today’s digital era spiralling out of control, leaving an irreversible trail of hashtag insta-deaths. In a world that’s still struggling to drink responsibly, is it too much to tell our truths honourably?

RUBINA’S RADAR — UNEDITED — STYLE — THE MALAIKA ARORA INTERVIEW — ON INSTA LIVE ON MONDAY, 20th SEPTEMBER 2021 AT 6PM IST
WHAT’S IN MY GLASS?
HAPPY BIRTHDAY TO A CELEBRATED INDIAN AND WORLD-CLASS VIRTUOSO OF THE PERFORMING ARTS @azmishabana18 EVERYONE HAS A FAVOURITE SHABANA AZMI FILM... WHAT’S YOURS?
JUSTIN BIEBER, THAT’S ALL. 🔥🔥🔥 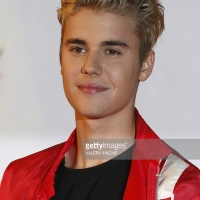