Whilst Bollywood superstar-in-the-making, Ranbir Kapoor, makes headlines for his box office hits and misses, his hookups and breakups in Bollywood and his current single status, his sister Riddhima Kapoor-Sahni has transitioned from being a star kid, to wife and mother, to an entrepreneur in her new role as a jewelry designer, launching her eponymous line, in the first half of January this year. Bollywood veterans’ Rishi and Neetu Kapoor’s first born is excited about stepping into her new shimmer and shine phase as a designer, and if the alluring Sahni’s quintessential minimalist and classic personal style is anything to go by, her designs will have you clamoring for more!

You launched a jewellery line, your first, earlier this month – Riddhima Kapoor-Sahni. What turned you into a designer vis-à-vis modeling for the Notandas jewellery brand with your mother, Neetu Kapoor, earlier on?
I have always understood jewellery and have an intrinsic flair for it, but I was never a jewellery person as such. I would wear small pieces but not really bling myself up! But I was mesmerized by the designs of Notandas, the brand my mom and I modeled for, and were the face of, for the past eight years. Their designs were at par with top international jewellery houses and we had a blast shooting for them. Every piece was stunning and was a pleasure to wear every single time and made a deep impression on me during that time period. After the contract got over, I started telling my jeweller to make this and that for me, designs that were mine, instead of buying in stores, for everyday wear. The result of that was that everyone started commenting on my designs and loving them, so I thought why not design jewellery for others too? No one has really tapped the mid-market segment in India for every day, fun jewelry that’s made of diamonds, semi-precious and real stones and 18 karat gold ranging from Rs 30,000 upwards and that’s how Riddhima Kapoor Sahni Jewellery came into being, along with my jeweler friend and partner, Anuj Kapoor in Bombay, where our pieces are manufactured. It’s wearable, affordable and light jewellery anyone can wear everyday to a lunch, brunch, coffee conversations, birthday party – be it your child (I’ve been getting so many orders for them!) teenager, mom or just about anyone who loves jewellery.

It’s just the beginning as RKS is only about two weeks old right now, and I am already overwhelmed with the fantastic response to the bracelets we launched this month, especially the four-leaved clover one and the evil eye one that was my first design. My plan is to launch ten pieces every month, and take orders on the same. I have been taking orders from India, London and New York so far, and hopefully Dubai soon, as I plan to go international with my brand. January has been about bracelets and February will be another exciting launch of pendants as it is the month for romance and Valentine’s Day.

I am working on customizing orders with people I share a personal rapport with – I will emboss, engrave and add elements to my designs for them and will even revamp a wedding ring for them, but in my style and design aesthetic. You just have to leave it to me and trust me on that. And no, I will definitely not be doing the whole “copying the Cartier” kind of customizing at all! Online is the future and I am promoting my work through social media. I don’t want to open a store as of now, but you never know.

From a star kid to wife and mommy to now jewellery designer and entrepreneur… what role is the most exciting for you?
Being a mother is by far the most exciting, satisfying and rewarding role in my life.

Your sense of fashion is classic minimalist. You are always dressed for the occasion you’re at without the Bollywood or the Delhi fuss. What are your must-dos for your look?
I like to make a statement with my look, but in a classic style. You’ll never see me in a set or wearing my entire jewellery box blinding people everywhere I go! I’m a big watch collector – a classic, vintage Rolex person – it’s my jewellery. So, a watch is mandatory for every outfit that I wear and then I’ll add my chain bracelets as I am in love with all my RKS bracelets or a cuff or earrings to complete the look, whether I am wearing jeans or a dress or an Indian ensemble.

How did a beautiful girl like you not ever think of doing movies being Neetu and Rishi’s daughter? And how are you so comfortable being away from the spotlight given you grew up in the thick of it?
At 17, I went off to London to study and was away from all the filmi brouhaha. I came back home to Bombay at 22, and got married, soon after, to Bharat (Sahni) who I had met in London, and moved to Delhi. If I had stayed on in Bombay, maybe the life of stardom might have hit me, but staying away, I was unaware of the effect it could have had on me. My parents were swarmed and bombed with film offers for me but I’m really glad I didn’t do films and the way my life has played out. I love my life and I love my husband and my kid and the way things are.

You just celebrated your tenth wedding anniversary on the 25th of January, but you look like a newly married girl. How has it been being Mrs Sahni?
Bharat and I have come a long way – ten years! It’s an amazing, ongoing journey together, and our precocious daughter, Samara, is almost five-years-old now. It’s incredible just thinking about it. I do miss my parents because I live in Delhi, and they are in Bombay, but it’s not too far geographically, so it’s not that bad. My parents just celebrated 36 years of being together on the 22nd of January this year and it’s been inspiring to see their marriage, looking up to them and seeing them surviving it all. I’m very close to both my parents and of course my brother. Family comes first for my dad and he’s very big on that. So I’ve learnt to keep family first in everything I do.

Your daughter Samara is a summation of all the Kapoors, and the dubsmashes you post of her on Instagram are very popular. Who does she take after?
Samara loves herself! As soon we are ready to step out, she makes me take selfies of us in the car, pouting and posing with her. She loves the camera and loves singing, dancing, dressing up, putting on pretend makeup, enacting dialogues from my dad and Ranbir’s films and imitating just about anyone. She’ll keep asking me, “Mamma, why do I gave to go to school? Let me help you in your jewellery business. Mamma, why do you get to wear pretty clothes, jewellery and makeup everyday and why can’t I?” I indulge her, as does everyone in the family, to a large extent, but I just want her formal education to be completed, as besides her naughtiness, she’s very bright, a thinker, with an elephantine memory and sometimes, her thought processes befuddle me and get me wondering if she’s really only five years old? These days, kids only teach you everything. Samara is just like my dad – she is totally like him. She has him and Ranbir wrapped around her little finger and she means business. Girls chase Ranbir and he runs after Samara!

This feature first appeared in Gulf News on 28 January, 2016

One thought on “Girls Chase Ranbir, And He Runs After Samara!” 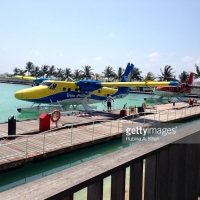 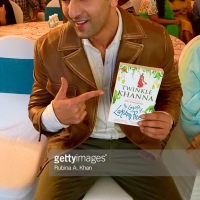